Phoenix r/c simulator v 4.0.j works on windows 7 but will not work on new computer with windows 10 I tried to install my phoenix flight simulator version 4.0.j on my new computer which has windows 10 and it loads but when i try to use it - it stalls on 'intializing USB ' and won;t go any further.

Modern day RC pilots have a huge advantage over their pre-computer predecessors. Not so long ago crashing a plane or two while learning to fly RC aircraft was highly probable. Modern pilots from zero stick time novices to long-term veterans can make use of computer programs like the Phoenix 4 RC Flight Simulator reviewed here to learn the basics of flight or perfect a new maneuver with no fear of crashing costing you time or money. Fly something into the ground in Phoenix 4 RC Flight Simulator and you are a reset away from once again taking to the air to work on the mistake that caused the mishap. In this bit of the cyber world your supply of fresh aircraft is unlimited and your practice time unfettered by darkness, rain or winds – unless you choose to impose those conditions on yourself.

Because Phoenix 4 RC Flight Simulator runs on nearly any modern computer the graphics do not reach the level of Hollywood CGI but what you see on your screen is more than real enough for learning. In addition to being able to control the weather you can choose from an extensive list of 25 (and growing) flying sites. Here again you can’t actually smell the freshly cut grass but terrain is surprisingly realistic and the range of flying sites should let you find one that is similar to where you fly. 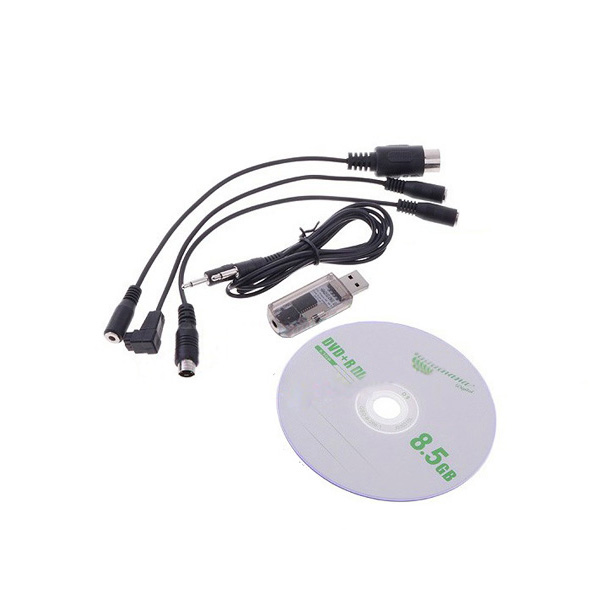 Also realistic are the repercussions of flying into things like the ground, trees, buildings and yourself. The designers of Phoenix 4 RC Flight Simulator didn’t spend a lot of time on the graphical depiction of crashing but despite those visuals being a bit lame, you know without a doubt what just happened.

The impressive part of these modern flight simulators to me is the realistic flight of the cyber models. Most of the airplanes and helicopters are digital versions of real world models, often supplied by the original manufacturer with the appropriate fight capabilities and characteristics. While you get a bunch of models included with Phoenix 4 RC Flight Simulator, whenever you start the program it calls home to see if there are new models that you can download for free. With the selection of fixed and rotary wing aircraft available there is almost certainly something close to what you are or want to fly.

I have to admit that I expected a simple flying game with aircraft that looked like models but they really do have flight envelopes close to the real thing. Underpowered planes at the real field are underpowered in Phoenix 4 RC Flight Simulator. Hyperactive models are just as hyper on your screen.

Keep in mind that with the Phoenix 4 RC Flight Simulator you use your actual radio transmitter plugged into the computer with a special cord that goes from your trainer plug to a USB port. You get to use the dual rates and exponential along with the actual sticks you manipulate when flying the real model. To me that is an important advantage over RC flight simulators that use game controllers or even plastic replicas of a real RC transmitter. There is something to be said for learning with the real transmitter in your hands.

All of the aircraft in Phoenix 4 RC Flight Simulator are fully adjustable in terms of controls and a long list of physical characteristics that impact how a model flies. You can move the Center of Gravity (CG) to see why you should not do that on a real plane. Though most aircraft fly just fine as they come in the program you can tweak those settings to better match your real plane if need be.

Phoenix 4 RC Flight Simulator includes the ability to force specific failures of the aircraft or you can let the program surprise you with them. This is great for learning how to best deal with a suddenly stopped engine. Getting back to the runway is not always possible so you have to learn to keep the wings level and set it down as lightly as possible to minimize damage. In Phoenix 4 RC Flight Simulator you don’t have to repair the aircraft between these learning episodes but the practice with dead stick situations can save you real money at the field is you have a problem.

In addition to the aircrafts' flight characteristics Phoenix 4 RC Flight Simulator lets you control the weather or let the program come up with its own idea of what the day is like. What I like about this capability is you can learn to fly a certain plane fairly well and then start adding light winds, then moderate winds to see how the plane changes. You can also change the direction of the wind so you can learn to deal with cross winds, something you will need to know at any flying field.

In addition to learning to fly or simply practicing Phoenix 4 RC Flight Simulator has several other features to keep it interesting. It does have a training section that walks you through many of the aerobatic and common flight techniques. It also has a competition section where you can test various skills. They included a flight recorder so you can go back and watch your successes and failures, both painless. Phoenix 4 RC Flight Simulator also has an on line component where you an fly against others on the Internet if your connection supports game play.

What Phoenix 4 RC Flight Simulator did me was to help get my fingers connected to my eyes and brain without the cost of smacking aircraft into the Earth. The digital planes and helicopters in Phoenix 4 RC Flight Simulator helped me overcome the dumb-thumbs condition so many of us face in the early part of our RC experience. Plus I was having fun doing it and could experiment with different aircraft types. That helped me make better purchase decisions as my flying skills improved.

Now that I am flying things like my T-Rex 550E PRO DFC helicopter Phoenix 4 RC Flight Simulator continues to pay off in that I can try new things on the computer before taking them to the actual field. Again the crash visuals in Phoenix 4 RC Flight Simulator are kind of lame but you get the point. The dead aircraft miraculously heals and resurrects itself on the runway ready for another attempt. That lets you see what you did wrong so you can learn to avoid it.

Perspective is another issue in any simulation. When doing maneuvers that are height sensitive the ground gets to be a problem because it appears suddenly. In real life your eyes always have a reference well below the aircraft and well below the bottom of the screen. So far this as not proven to be a big problem other than I find myself pulling out of maneuvers considerably higher than is necessary. That is an easy thing to fix at the field but we need to be aware of this visual limit when flying a simulator.

Anyone that wants to learn to fly RC aircraft or wants to explore the limits of their capabilities will benefit from having the Phoenix 4 RC Flight Simulator. It will save you lots of crash dollars as well as the frustrations of banging up an expensive model. You can learn more and do it faster with the peace of mind the cyber flying field provides. The accuracy of the flight models makes what you learn on the computer easier to apply to real models in a real sky.

The Phoenix 4 RC Flight Simulator sells for $129.99 (1-21-2014) on the street and comes with the trainer port to USB cord so you can use most modern transmitters. I know that is not cheap but if you consider that the firs crash you have in the SIM rather than at the field is likely to cost as much as the program the real savings begin almost immediately.

Click Here to see the Phoenix 4 RC Flight Simulator product page.
Have a comment on this review? –Email Me!

Fly over 150 unique remote control airplane models in a virtual environment. Enjoy the over 25 terrain options and the realistic physics in the game.

PhoenixRC is a wonderful simulation program that allows you to fly a great variety of models in multiple scenarios. The program combines realistic physics and astonishing graphics to make you feel that you are actually flying an aircraft. You have more than 100 models and lots of beautiful scenarios to choose from, to make your experience as enjoyable as possible. You have training and competition sessions to try and improve your aviation skills and you can even enjoy the online multiplayer mode, that will enable you to fly and learn from other players.

Unfortunately, the demo version does not allow you to do anything. The only thing you can do is select the quality level to support your system. You just can see simulations of different models in a great diversity of scenarios, but you cannot actually fly one of them. To change the simulations, you press the next button to see the following one.

In short, PhoenixRC demo doesn't show much of the great amount of good things this application seems to have. It would definitely be great if you could at least fly one of those models. Anyway, if you are a real fan of simulations, don´t hesitate to download the demo, because I´m sure you´re going to love it.