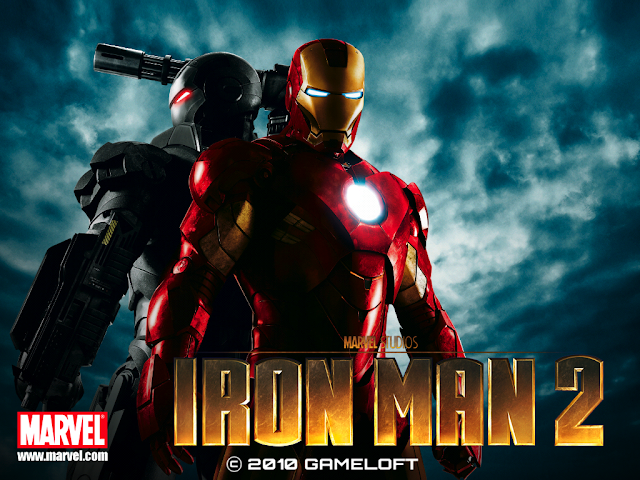 Iron Man 3 Synopsis: Marvel's 'Iron Man 3' pits brash-but-brilliant industrialist Tony Stark/Iron Man against an enemy whose reach knows no bounds. When Stark finds his personal world destroyed at his enemy's hands, he embarks on a harrowing quest to find those responsible. 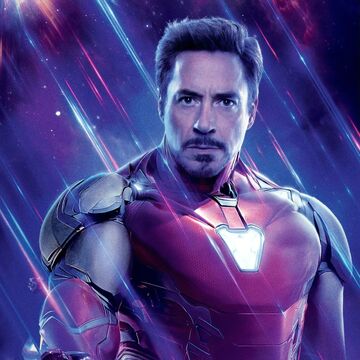 Imaginative illustration of an epic story. It combines the modern background society, e.g. terrorism, with the unconventional high-tech fantasy. Our leading actor Robert Downey Jr. deeply embodies the soul of the Iron Man in himself. We common people never lived this way :P
**A long form review originally posted in 2010:**
Marking the beginning of the latest Marvel franchise, _The Avengers_, is Jon Favreau's _Iron Man_.
I'm quite fond of Super Hero movies, I don't love them to the same extent that I do the slasher or psychological thriller genres, but they do hold a small place in my heart all to themselves. I'm pretty pumped for this whole 'Avengers' thing to come to fruition, 'cause honestly it's all been great so far, starting with Iron Man, whom Robert Downey Jr. (_Natural Born Killers, Gothika, Kiss Kiss Bang Bang, A Scanner Darkly, Zodiac, Sherlock Holmes, Due Date_) portrays, and incredibly so.

It's important to set yourself a starting point. More specifically, what I mean is, a reason. Batman's parents were murdered, and his home was destroyedby crime; The Punisher's whole family was murdered in front of him and he big-time snapped; characters like the X-Men and the Fantastic 4 are defending themselves and end up having a penchant for world-saving. Those are all fine, and so long as you have one, I'm happy. But I really kind of like Tony Stark's reason for becoming Iron Man.. He's a dick. That's why. He's a dick that supplies the world with the most lethal weapons in existence, and they take lives left, right and centre. Then, he's put through the world where they get used, and finally is told by the person who helped him escape that world, not to waste his life. He believes he is still alive for a reason, he decides that reason is to become a dick that is intent on privatising world peace. Which I think makes perfect sense.
That may have come across as sarcasm, but I was deadly serious. Tony Stark becomes Iron man, and that's why. It works fantastically. We then get to see all the incarnations of his suit, how difficult it was to make, what it runs on, the technology, everything. And I'm a huge fan of back story, which Iron Man delivers.
It's sort of the antithesis of DC's _Batman Begins_. Though they're both young adults that come from money with no family, a British butler (although Iron man's butler Jarvis was transformed into AI for the film [he was an actual person in the comics]), they have a board of directors take care of their family's billionaire business until they're ready to eventually take the reins, they both become '____ Man' and go about saving the innocent, not through superpowers but technology. I'm sure I could go on. But they're also incredibly different. Where Batman is a total bad ass, the gothic unknown defender of the night that uses fear as a weapon to protect his home town, and yet refuses to kill; Iron Man is a bright, shiny, loud attention grabber, who goes all international to fight crime, he wants the world to know he's Iron Man and his enemies are totally lame, so no wonder he has no qualms about killing! Batman's secret identity, Bruce Wayne, is an angsty tosser, that tries way to hard. But Tony Stark, is a witty, brilliant inventor, who has basically harnessed all of Batman's training, strength, weapons, vehicles and flight, improved them, and put them in to a single suit. So though I personally prefer Batman as a hero, I prefer Tony Stark as a character.
The interaction between Stark and Pepper Potts, played by Gwyneth Paltrow (_Se7en, The Talented Mr. Ripley, The Royal Tenenbaums, Sky Captain and the World of Tomorrow_) was incredible. It just goes to show what good casting can achieve, even in an action flick, the dialogue is hilarious and clever. Is it possible for a Super Hero movie to be a bad Super Hero film but a great film? I guess it is.
The antagonists are lacking to say the least, and their dispatching leaves even more to be desired. Which is normally not too huge when you get the rest so perfect, unfortunately, it's a comic book film, about Super Heroes, and Super Villains. They fight one another over and over, in fact that's pretty much what the comics are about in their entirety, so it's quite a major short coming. That being said, it's really the only one that _Iron Man_ has. In a way though, they're a similar comparison to the latest Batman films again; Iron Monger and Whiplash are flashy, but disappointing, where The Joker, Two-Face, Scarecrow and Ra's al Ghul are top notch as bad guys. Whereas Ironman's Obadiah Stane and Ivan Vanko were great characters, but Batman's The Joker is only seen in his villain persona, and Harvey Dent, Jonathan Crane and Henri Ducard are nothing more than vessels for their alter-egos.
All that aside, the film is just plain good, and you don't need to be a fan of Iron Man, Super Heroes or comics in general to enjoy _Iron Man_.
82%
-Gimly 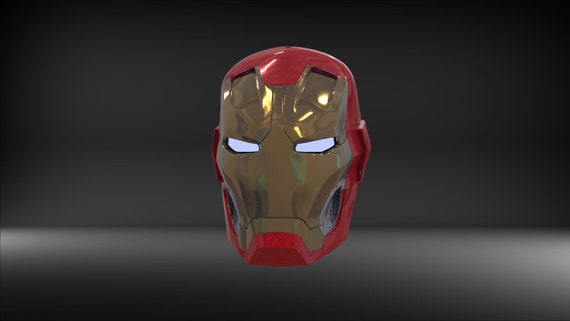 Iron Man did a lot more than just launch the Marvel Cinematic Universe. It was the first comic book movie in a long time to integrate the fantastical nature of superheroes and supervillains into a real world setting with consequences. It also showed how great of a filmmaker Jon Favreau is and rebooted the career of Robert Downey Jr.

For all this, Iron Man is a fantastic movie, still one of the best MCU films. It's so much fun to watch. Yet it displays a lot of intelligence, exploring the internal dilemma of a man profiteering off war when faced with the harsh reality that he is part of a system that corrupts absolutely.