'Coffin for Head of State' is the saddest in his repertoire. Fela has certainly dealt with sad issues in his songs, but here he deals with sadness in a very direct, morose personal way. In 2000, MCA released Coffin for Head of State and Unknown Soldier as a two-fer. Fela wrote a song about it, naturally. Four years after the raid of the Kalakuta Republic, he released “Coffin for Head of State,” a sole 22-minute composition released in two different versions, one instrumental and one with vocals, each occupying one side of the full LP.

Self-proclaimed president of Kalakuta Republic, composer of 77 albums, over 200
court appearances, husband to 27 wives, and musical maestro; Fela Kuti is remembered as Nigeria’s most iconoclastic musicians and revolutionaries. To many, he was as good a
saxophonist as Miles Davis, and as good a philosopher and activist as Bob Marley.
Throughout a musical career that spanned 27 years, he remained the bravest Nigerian in
reprobating the tyranny of the ruling class and the injustice in a society torn apart by poverty and corruption (Alimi & Anthony, 2013).

In 1981, following the death of his mother, Fela released a politically and socially motivated song titled “Coffin for Head of State”. It was an indictment of the then president, Olusegun Obasanjo, for the death of his mother, and the abysmal socio-economic conditions that prevailed in Nigeria. Using a Marxist and Postcolonial analysis of “Coffin for Head of State”, we unearth Fela’s opinion that other than religion and fear of political power, a revolution that uproots the current status-quo and harnesses authentic African traditions is the solution to Nigeria’s socio-economic crisis.

My first encounter with “Coffin for Head of State” was one of mixed emotions. The
song was long, and void of lyrics up till about the tenth minute. While it carried an air of
revolution, it was not clear to me what his message was, and why he had chosen to
communicate it through song. I was quick to dismiss it as a song that was only relevant to an outdated generation, and a masterpiece on how sometimes art can lack structure.

Listen to Coffin For Head of State here

According to Marx and Engels (1967), “The history of every society is one of class
struggle” (p. 14). Class structures are inherently defined by relations concerning work and labour, and the ownership of property, and the control of the means of production (Marx K. & Engels F, 1967). These classes, by virtue of their existence, unavoidably struggle against each other. Fela describes the Nigerian society as being divided into bourgeoise pastors virtue of their wealth and influence) and politicians (by virtue of their political power), and the proletariat, comprised of ordinary citizens. In this society, the bourgeoise’s continuous struggle to amaze wealth and political influence worsens the social conditions of the proletariat and generates tension. These tensions can be attributed to the failure of the huge foreign earnings from the export of Nigerian oil to translate into wealth for the proletariat, and the political oppression they are often subjected to (Labinjoh, 1982).

In Fela’s description of the Dodan barracks confrontation, he uses the coffin to symbolise the indictment of leaders for their wrongdoing, and a proclamation of death on the bourgeoise class. It is an expression of hope that these tensions will culminate in a revolution that indicts leaders for their wrongdoing and creates a fairer society for all. While warning that no leaders will be willing
to take the “coffin”, he indicates that this is a “Movement of the People”, championed by
“Young African Pioneers”. What Fela seeks to achieve, is to stir the proletariat to revolution, thereby establishing a fairer society.

Fela also makes it clear that religion is at the heart of the Hegemony of Nigerian
society. Hegemony, according to Antonio Gramsci refers to “the pervasive system of
assumptions, meanings and values…” (As cited in Ankomah, 2019, p. 9). While seeming to
agree with Marx and Engels (1967) that religion is “an elusive veil with which the
bourgeoise cover-up for their brutal, shameless and direct exploitation”, Fela goes on to point out that law and morality are also tools of deception, used by the Nigerian bourgeoisie to mould societal opinion. Using repetition, Fela via common religious phrases like “Amen”, “Allah Wakubar”, indicates that while religious leaders—who to him run “money-making organisations”—encourage people to fervently look up to God as the solution to their problems, they are seeking alternatives. They exhibit a flagrant disregard for rules, exalt nepotism and corruption to the currency of social interaction, and live rich lives. To Fela, this system of thinking about religion benefits politicians as well. He argues that the presidential team of Olusegun Obasanjo and Shehu Musa Yar’Adua, like other politicians, greatly benefit from the hold of religion on the masses. The public cry of “Oh Lord, Oh Almighty God” and “Habba Allah” by politicians, therefore, should not be mistaken for a declaration of faith. Instead, it should be seen for what it is—A filthy attempt to woo supporters.

Fela Kuti’s work is a compelling example of how abrogation – the rejection of a
normative concept of “correct” English (Ashcroft, Griffiths, & Tiffin, 2007) – can be used as a tool to resist colonialism. Fela, as an educated man, was fluent in the English language. His decision to rather use Pidgin, therefore, was a strategic and not a spontaneous one. Just like Ngugi Wa Thiong’o when he says “The question of audience settled the problem of language choice, and the language choice settled the audience” (1986, p. 44), it is clear that the social dynamics of Fela’s target audience plays a crucial role in deciding the language of his work, and his refusal to accept English as the standard of good work. The predicament of classism that existed in Nigerian society registered deeply on the young town dwellers (Labinjoh, 1982), who were mostly uneducated or undereducated. Seeing these as the true revolutionaries, the “Young African Pioneers”, it was important for Fela to communicate in a language that resonated with them.

Moreover, Fela believed that his refusal to use the English Language was
revolutionary. Olaniyan(2001) expresses a similar claim when he argues that Fela considered Pidgin, with its African syntax, to have borne “the imprint of agency, unlike English which was still to shed its image as an imposed, alien language”. His approach seems to have been successful, as his powerful protest music, with its strong lower class language, seemed to have suited the needs of the lower-class youths (Labinjoh, 1982).
Fela also makes a compelling case for failed appropriation in Nigeria and Africa as a
whole. Appropriation refers to the way post-colonial societies adopt the cultures of the imperial culture (Ashcroft et al., 2007). He indicates that the systems adopted from the
colonial era have not been beneficial while suggesting that the solution to Nigeria’s problems may be found in pursuing “authentic” African traditions. To understand Fela’s nativism as displayed in “Coffin for Head of State”, we must understand that Fela pinpoints slavery and colonialism as the origin of the African problem (Olaniyan, 2001). By saying; “We Africans had our own traditions. These money-making organisations, them come put we Africans in total confusion”, Fela attributes the causes of the African leadership crisis, corruption, the normalisation of nepotism, the failure of religion to cater for the ever-growing social inequality to an appropriation that has failed to be subjective. Fela should not be misinterpreted to be calling for a boycott of all contact with Western or Colonial culture, but rather as making a call for objectivity and subjectivity in appropriation.

In “African Message” (Fela, 1977) and “Perambulator” (1983), Fela picks his
chewing stick and African medicine over the toothbrush and Western medicine because he genuinely thinks they are better and more efficient. When Fela, therefore, speaks of
Christianity, Islam and Government as “…these money-making organisations, them come put us in confusion”, he implies that their African equivalents are void of the confusion that a blind appropriation has caused us to accept as normalcy. According to Olaniyan (2001), aside from the failure of these colonial systems, Fela laments our tendency to feel a necessity to appropriate, to borrow. Fela indicates that this tendency has blinded Nigerians to the squalid poverty and suffering that they live in, causing them to choose systems (religious and political) that give a few people the power to exploit them over African systems that were much fairer and less open to exploitation. To Fela therefore, the solution to societal problems lies not in religion or government as practised by the colonialist, but in returning to the original foundations of the African society.

It is possible to erroneously make the argument that Fela was an aristocrat himself,
and was only a man after fame and wealth, rather than seeking the actual emancipation of the citizens of Nigeria. Such an argument ignores Marx and Engels prediction, that once the revolution takes a violent turn, “… a small section of the ruling class cuts itself adrift and joins the revolutionary class” (1967, p. 19). Having suffered violence and even lost his mother at the hands of the Nigerian police, Fela had experienced the violent turn of the revolution. He, therefore, cannot be regarded as one after wealth and fame in his attempt to discuss the socio-political crisis in Nigeria.

After carrying out an analysis of “Coffin for Head of State”, I am startled by the
genius of Fela Kuti, and how he seamlessly weaves politics and entertainment. I think that though the musical style may not appeal to the present generation, his arguments as to where we should seek solutions for our socio-economic problems remain valid and deserve due consideration. 3sat mediathek download. Like Eaglestone (2010) argues, “no interpretation is neutral or objective” (p.18), I may have exerted my biases in my analysis and misinterpreted a few things. However, I reckon that Fela was a man way ahead of his time and that most literary critics will applaud Fela’s dream of a fair and equitable society. 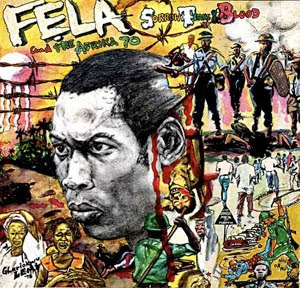 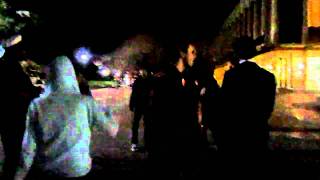