Cabela's Big Game Hunter Pro Hunts is one of the long-running hunting games from Activision. While big game hunting is something of a controversial topic, hunting on the computer is a great way to satisfy the urge to shoot large animals, without actually harming any real creatures!

The game is fun, and not terribly realistic, which could work both in its favour and as a detraction, depending on the preferences of the player. Those who find hunting abhorrent but like shooting games will prefer it, while hunting aficionados will decry the lack of realism, wanting a more authentic experience.

The hunting grounds cover the entire USA, with new areas being unlocked with the attainment of certain achievements or targets in career mode. The hunter must purchase new weapons and ammunition before heading off to bag their first target. With each successful kill, the prey becomes more wily, making it harder and more challenging to complete the hunt. The progression levels are carefully designed to keep the player engaged and absorbed in the game: if it were too hard he or she might give up, while too easy a hunt will be boring and the player will lose interest.

Refreshingly, the game encourages ethical hunting practises, so that the player cannot just open fire and blast anything that he or she sees, being tied to one particular target at a time. Also, firing from a bad position and merely injuring the animal can lose a player a lot of points, to the point that their progress may even go backwards until they have 'made up' for their lack of judgement! The track of the bullet can be seen thanks of one of the special effects, so the player can see how straight they were shooting. It is also possible to check to see which internal organs were damaged by the bullet. While this may seem tasteless and even gratuitous, it can help a beginner hunter to see how to improve his or her shooting skills. 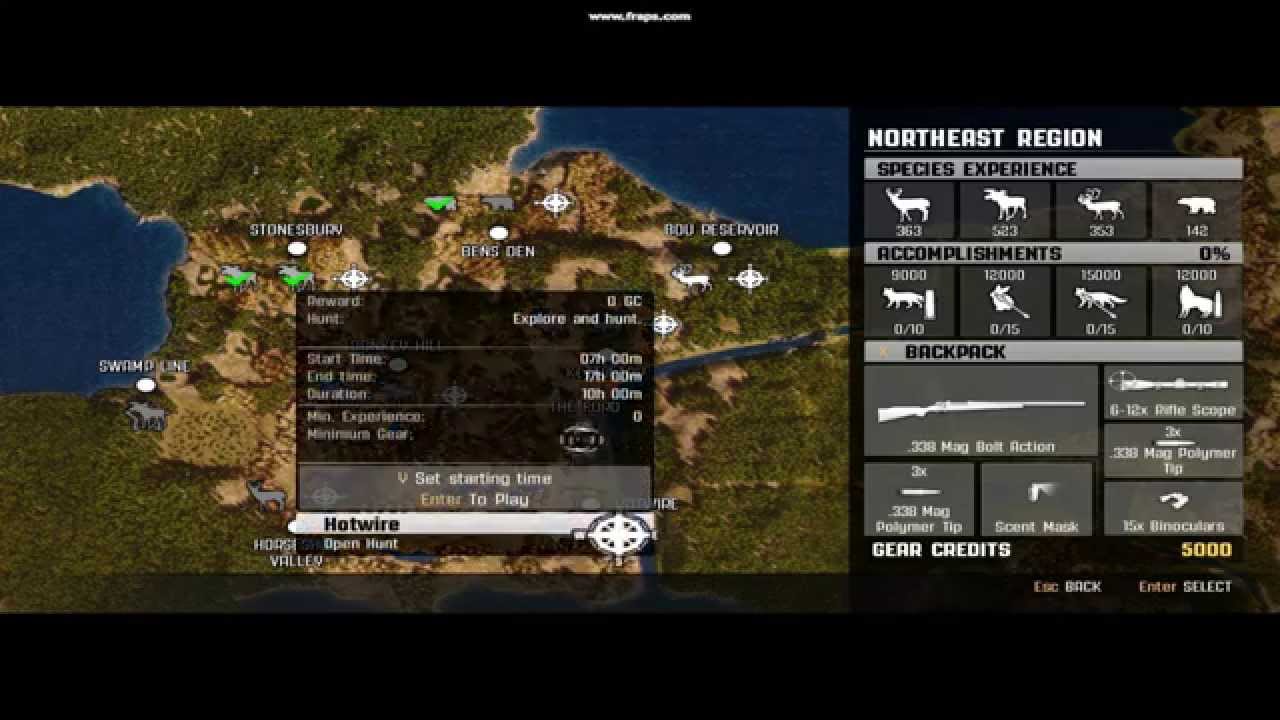 Spoor is highlighted and the directionality of sounds is indicated on screen (small blue circle) and guns can be reloaded in a blink: all features that make the game easier, which is great for beginners, but lacking in challenge for more experienced players. 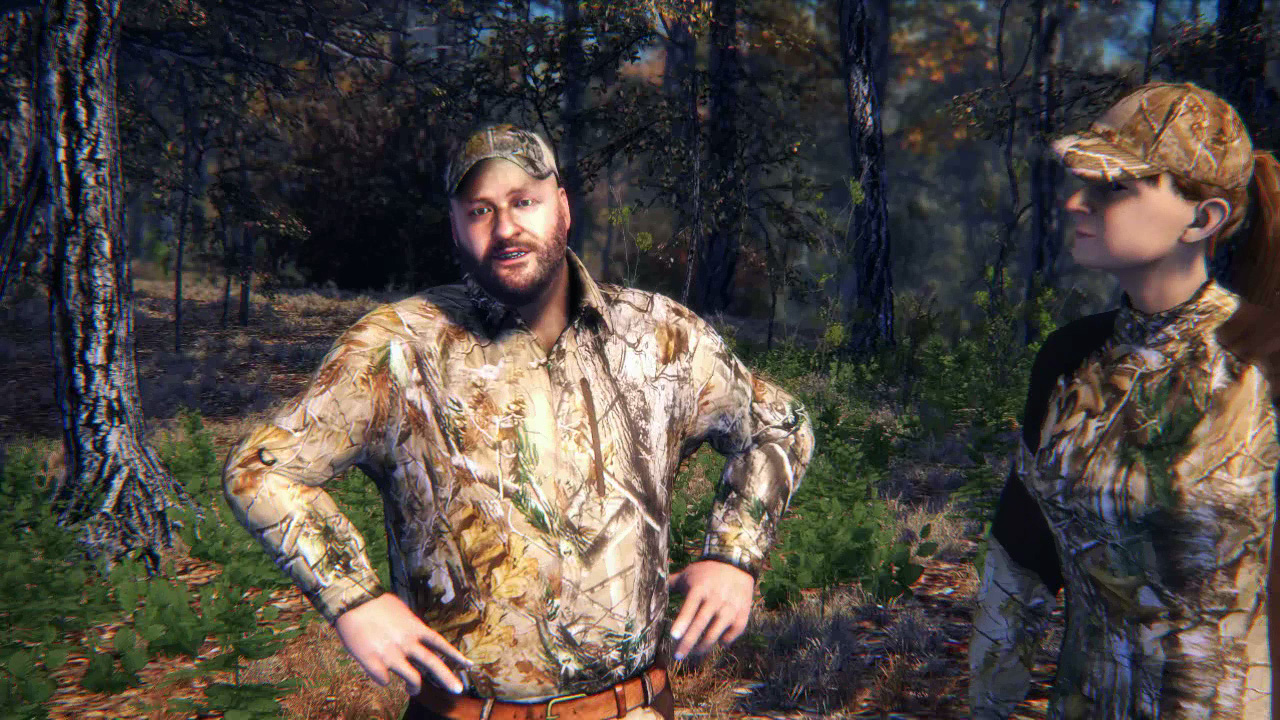