All other standard MIDI controllers are supported via djay Pro’s MIDI Learn feature, which lets you map jog wheels, buttons, sliders, and knobs on the controller to functions in djay. To get started, simply launch djay, connect your MIDI controller, and follow the instructions in djay (or select “Configure” from the MIDI menu in djay). Native Instruments KONTROL-A25 25 Key MIDI Keyboard Controller. The KOMPLETE KONTROL A25 from Native Instruments is a smart, streamlined 25 key keyboard controller with custom NI keybed, Smart Play features, NKS integration, OLED display, and more. The KOMPLETE KONTROL software and it.

TRAKTOR WORKS WITH ALL CONTROLLERS

TRAKTOR PRO 3 can be used with any MIDI controller. If you want to integrate a controller, you have three options.

PLUG AND PLAY WITH TRAKTOR CONTROLLERS FROM NATIVE INSTRUMENTS 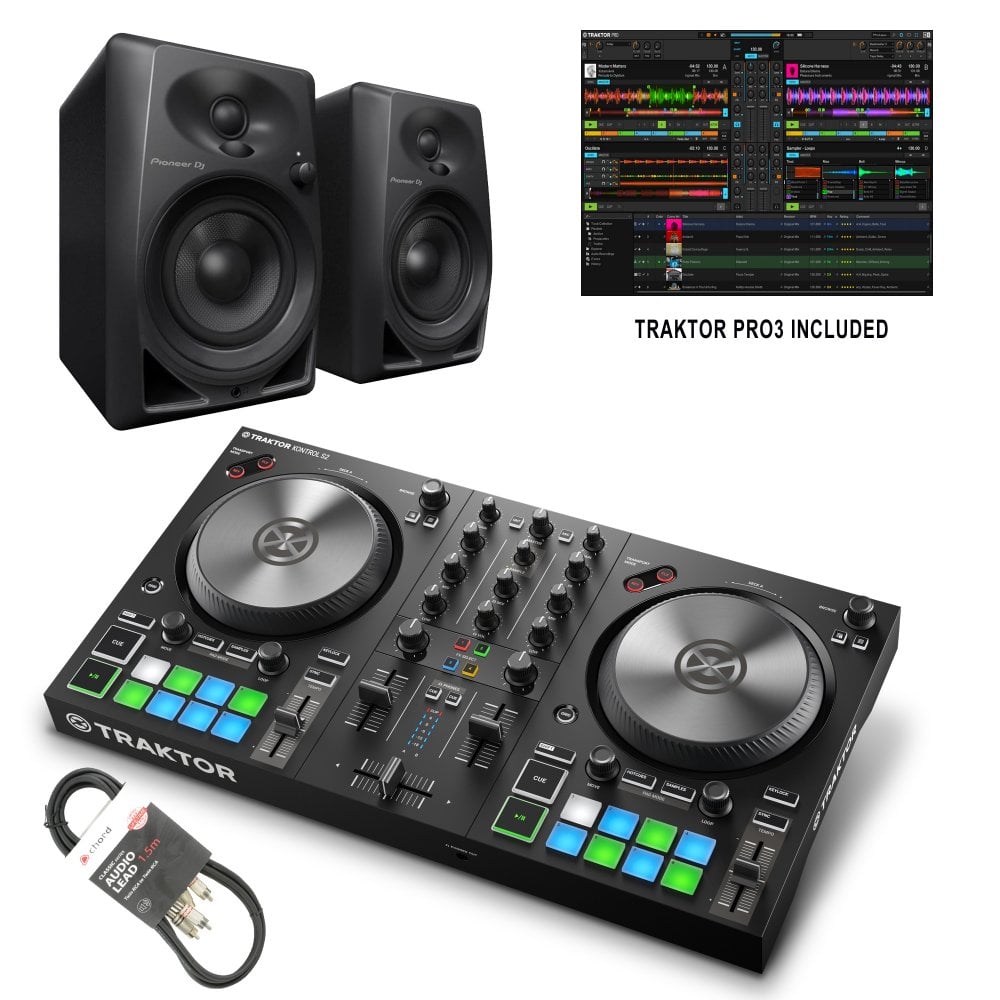 We build compatibility for many “TRAKTOR-ready” third-party controllers. This means you can plug in, select your controller in TRAKTOR, and get into the mix right away.
ALL TRAKTOR READY CONTROLLERS

If you’re using a controller that isn’t “TRAKTOR ready', you can often find pre-configured MIDI mappings (.tsi files) on the manufacturer's website, or by searching the web. If not, you can create your own MIDI map for any controller by using the controller manager in TRAKTOR’s preferences via the MIDI learn mode. MIDI maps can be saved for future use.
HOW TO
Find more mappings here:
DJ Tech Tools
Traktorbible.com

I am quite thrilled about what NI has done in Traktor Pro 1.2. The introduction of logical controllers in the MIDI mapping opens a world of fun for MIDI mapping junkies. It also enables much better collaboration because mappings can be maintained in smaller logical units, so there is no need to maintain a single monolithic configuration for all controllers anymore. Since each logical controller also gets its own modifiers we now also effectively have unlimited modifiers. The addition of a tool that shows the current modifier states will also become an invaluable tool. Several other additions are also welcome be them small or big: Preparation list management now seems much more useable, 2 additional FX controls will certainly be useful even if just 'misused' as a sampler, 3 new effects (I especially like the beat slicer), being able to show the comments in the deck details really helps out when using DJ notation. Again the biggest thing for me are the changes around MIDI mapping, which are a huge step forward I hope that NI gives them a few more bits to make them truly useful. Rainer has already started on an update for the Traktor Pro Bible.

I have long been complaining about how the current MIDI mapping in TP 1.1.x makes collaboration needlessly hard. Since everything sits in this gigantic monolithic configuration, which when exported is not human readable, it meant that there was no sensible way to share only parts of your config. Changing one area brought with it the huge risk of being incompatible with others who used the same starting point. Now with the logical controllers, I can keep separate mappings for each of my controllers, I can actually even have multiple logical controllers for each bigger feature. Furthermore I there is no longer a need to worry about what channel my controllers are working on, since for each logical controller I can decide which MIDI controllers it should listen to.

I am still missing a few critical things and a few new issues. For example I dont like that the mapping for In and Out assignments has been separated. This means I cannot just duplicate an In mapping and turn the duplicate into an Out message to also change an LED accordingly. Actually when duplicating the associated MIDI message is lost now. Furthermore Out mappings do not support MIDI learn anymore. I am hoping these are all just bugs that will get fixed.

I am also wondering how to best do a 4 deck mapping. Lets imagine I have 2 controllers that handle 1 deck each. I would do one mapping which I can now easily import twice in order to handle 2 decks. However if I want to handle 4 decks, I would run into trouble. I would have to duplicate the mappings to handle the modifier to switch the left deck between deck A and C (and deck B and D on the right side). Worse yet, I do not see how I could make a generic deck mapping to handle deck C and D using the device target without making it impossible to also be able to run all of the possible combinations of decks. So I could do A+B or deck C+D but not A+D or B+C. The solution would be to allow choosing the device target based on a modifier. This way I could have one mapping for all 4 decks and support all deck combinations. The same feature should be available for selecting the FX bank so that a single mapping could be made to handle all 4 FX banks.

Now comes one of my pet peeves. Unfortunately the exported configuration remains human unreadable with no formatting at all. This means its still impossible to figure out what one has actually changed when comparing two versions of a configuration file. On top of that there is no undo/redo feature, so when one works on getting a new feature to work, its easy to loose track of what has actually been done, which can often lead to unwanted changes and bugs due to experimentation. With the addition of logical controllers at least its easier to keep the number of mappings per controller down, so its a bit more possible to keep an overview of all the mappings and hopefully notice accidental changes. However with the crappy output format its still impossible for me to receive someone's modifications and be able to see what has changed. Take Ean who publishes fairly complex TSI's on DJTT, lots of people like it and then someone suggests a tweak and sends me a modified version. Trying to figure out what has changed is very tedious. Actually its short of undoable without two laptops next to each other. Managing the configuration inside a version control like svn is also a lot less useful as things are now.

The window size for the preferences is still limited and non resizable. If it would be an easy fix, I am sure they would have done it by now, but I am guessing they have an architectural issues with their underlying window management toolkit. However I think the best course of action would be to provide an optional standalone MIDI mapping app. This app would provide the much needed real-estate for working on more complex mappings. It would allow much more flexibility in interaction. Like say I want to cut several mappings and move them into a different logical controller. Or I want to change the channel on several mappings. Actually just simple stuff like being able to search the MIDI assignments would be a huge help! It could also provide a TSI merging and comparison tool. Debugging tools could be expanded to also provide a logger for all messages and maybe even some visualization for what message is interpreted by what logical controller and what is executed as a result. Maybe there could also be a little community feature to allow exchange of mappings. Obviously this will also mean that features in this app can be expanded without worrying DJ's that their audio setup could be affected as its a separate app.