Pain.
Intolerable pain.
Throbbing, lingering pain that would reduce any man to tears.
Across his twenty years, the young Arabian prince had never before experienced such unrelenting torture. This stoic desert warrior had stared down countless assassins and treacherous relations. With scimitar by his side and bejeweled dagger buried in his belt, he feared no danger. But this -- this agonizing pain -- was more than the prince could bear. His ass hurt.
An awkward silence descended upon the bedroom. A disheveled German youth cracked a joke to ease the tension. His smirking face was met by the Arabian prince's icy glare.
'You bastard!! Telling me to take it up my rear like the king of the desert.. You're a con artist!!'
Yes -- Kia Welbehenna's a con artist. He's a damn good one, too. Kia tricks proud men, envious men, blasphemous men, and lustful men into taking it up the rear. If this rugged ex-mercenary actually believed in God, he might call himself the gay avenging angel, sent forth to dispense Heaven's homoerotic justice.
Most people call him a demon. Kia's boss -- Louise Hardwich -- isn't much better. Louise is the whip-wielding scion of an absurdly powerful German family, and he runs the male rape agency that Kia works for. Through an intricate network of family connections, Louise has more political pull than anyone else in the nation. Despite the feminine name, he's a pretty dangerous guy. If he says you're getting raped.. then you're getting raped.
Fortunately, you're not getting raped, because you are Louise. You're also Kia. And occasionally you're someone else. Damn, maybe you are the one getting raped, after all. It's a bit confusing, really, and that's one of Absolute Obedience's faults -- in this visual novel, it's not always clear whose thoughts are being visualized. In general, you assume the role of a 'Male Rape Agency' specialist -- either Kia or Louise -- and try to desecrate a dude. Those scenes flow pretty smoothly. When the game starts arbitrarily putting you inside someone else's head.. well, that's when things get sticky. So to speak.
On their quest to rape the nation, and earn money doing it, Louise and Kia each face six strictly-graded missions. These missions are presented as 'requests', which basically means that someone or another has put a contract out on some poor bastard's ass. Examples of requests include:
* Prevent an Arabian prince from inheriting the throne by making him look like a homosexual. You accomplish this by man-raping him.
* Capture a thief who has been stealing priceless treasures from fat cat socialites. You accomplish this by man-raping him.
* Turn a notorious playboy gay, so that he stops stealing all the available women from other playboys. You accomplish this by man-raping him.
* Help a young boy overcome his fear of sex. You accomplish this by man-raping him.
Excellent sexual performance is rewarded with a high grade. Spray your way through each mission with a superior success rate and you'll earn a very special bonus. That's right; unlike most visual novels, this game's actually got legs! But, if you're the type of person who's interested in playing games about gay sex, keep this in mind: passing every mission won't be easy.
Fortunately, even when you're failing, the game's somewhat amusing. In one story, Louise whips the crap out of his CLIENT, because the client keeps trying to get involved in the 'action', instead of letting Louise just do his job. In another story, after having gay sex on the church altar, a clearly underage boy gets smashed to bloody death by the statue of a jealous Christ. It falls on him while he's confessing his sins.
BAHAHA!
Okay, maybe that wasn't particularly funny. In fact, that scene actually made my God-fearing self feel a bit.. guilty. Furthermore, the explicit references to rods rubbing against colons and intestines are a bit much. Even if I were gay (which I am not -- the thought of a muscular, long-haired Fabio look-alike stroking my meaty shaft has never once crossed my mind), such vivid descriptions would disturb me. When I make love to WOMEN, I never stop to think: 'Right now, I bet my glans penis is rubbing against her cervical wall. Mmm, sexy.' Nope. Never have I thought such a thing.
In a typical rape sim review, this is the point where I would talk about how rape is wrong and any game that implicitly condones rape should automatically receive a scathing '1 out of 10' score. I would also imply that anyone who enjoys the game is a sexual deviant and a generally reprehensible person. Fortunately, since men are getting raped, it's totally acceptable to laugh about the rapists' wacky shenanigans. After all, in Absolute Obedience, that's what male rape is: one big joke.
I'm sure that all of the men who have been raped or molested at some point in their lives -- people who have already been taught by our cruel society that they should feel ashamed and humiliated -- won't get the joke.
0.5/5 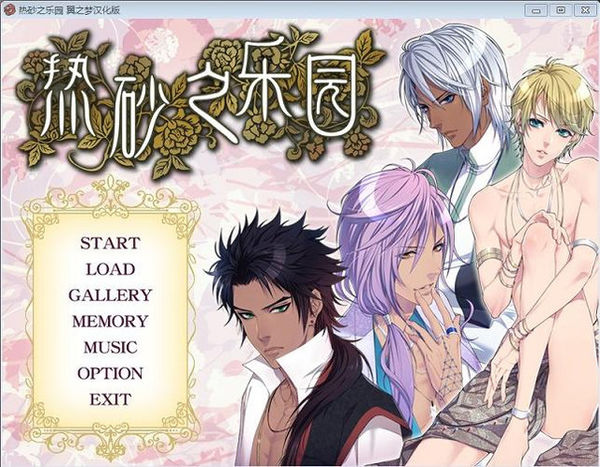 Welcome, one and all, to our little Agency. I'm sure that at one time or another, you've felt frustrated by the actions of a certain troublesome individual, who always seems to make your life more difficult. You know the feeling -- through no fault of your own, your every step is hindered by the actions of someone who's been born onto this Earth just to trip you up?

That's where our Agency comes in. With just one word from you, our special volunteer staff will happily lay a complex trap for the individual who causes you so much frustration, and exact sweet revenge on the troublemaker for you, turning their life into exactly the kind of living hell you want. We'll make them surrender totally to our will, force them into absolute obedience while we punish them for the crime of tormenting you. Of course, we use the word 'volunteer' loosely. Payment is always required for our services, but don't worry -- we'll never ask you for money.